Hartley traveled extensively across the United States and Europe, and was attracted to the Southwest in 1918 during a period of personal struggle in New York.  He arrived that June in Santa Fe, New Mexico, where he visited with with fellow artists including Maurice Sterne and his vivacious wife Mabel Dodge.  Santa Fe was by this time a thriving art colony, set as it is among the pueblos in the dramatic and scenic landscape that has been celebrated by so many major American painters.  Hartley’s friend and dealer Alfred Stieglitz was in the process of closing his famous gallery, “291” (at 292 Fifth Avenue in New York) and this was a reason to leave the city and explore another region of the country.  Hartley had come to rely on Stieglitz’s market expertise and he did not have a relationship with such other prominent dealers as Charles Daniel or the Montross Gallery.

Santa Fe and nearby Taos offered spectacular vistas and mountain panoramas that inspired Hartley to develop a lighter palette.  He favored the pastel medium for his plein air landscapes, because he could more easily work with pastel in the desert. As he noted to Steiglitz, he reveled in the vibrant blues and greens and pinks and purples of the Southwest that characterize works such as New Mexico Landscape. While he was fascinated by the pageantry and crafts of the indigenous Native Americans, he was most impressed by the mountain scenery which would be reflected later in his career in his well-known Cezannesque views of Mont St. Victoire. 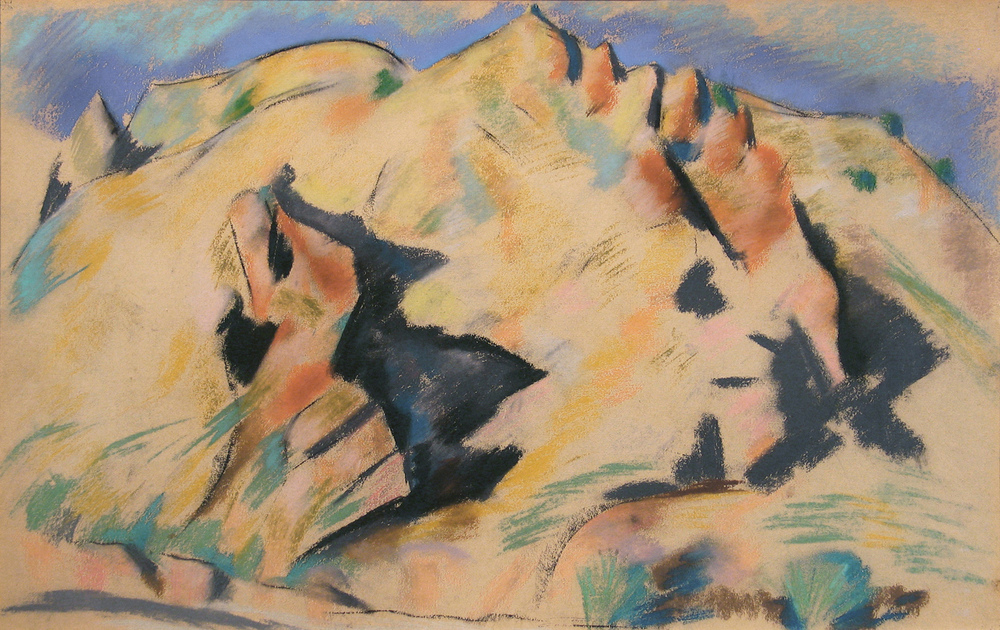