This painting is discussed in two unpublished essays of March, 2009 by Hartley authorities Gail Scott and Townsend Ludington. Scott notes that “in both style and iconography Adieu au Cheval is entirely unique among [the artist’s] window still lifes; it is the only one that incorporates explicitly symbolic and mystical imagery.”

At least five of the window paintings from the period around 1935 include one or more books, some titled; “Adieu au Cheval” relates to a group exhibition so titled that Hartley saw in Paris in 1929 that was a memorial of sorts to the horse. In this context, Hartley wrote an essay, likewise titled “L’Adieu au cheval”, that was eventually published in a collection of prose pieces called Varied Patterns, consisting of his reflections on past and present art that he encountered in Paris and elsewhere in Europe in the years 1922-1930.

As Scott writes, “like the spectral White Horse of the Yorkshire tale who disappears into the cloudy mist, the white horse in View from a Window (Adieu au Cheval) could well represent Hartley’s own transformation. It is his farewell to an old portrait of himself and the ‘blossoming’ of a new self-image that includes new clarification of his vision of ‘the principle of life itself’ as the authentic and lasting basis for his art. As a painting with veiled meaning, not publicly seen for many years, having been sequestered away in a private collection, View from a Window (Adieu au Cheval) is, therefore, a stunning revelation of Hartley’s measure of himself, of his desire and ability to transcend self, to move beyond past failures and his own limitations, and to embrace new possibilities.”

Ludington confirms that the painting was done or at least begun during Hartley’s second visit to Bermuda from June to August 1935, possibly finished in New York at his studio on East 60th Street. The open window compositions from that trip recall those he had done during his earlier visit to Bermuda and represent the tranquility he experienced during those peaceful summer months on the island. 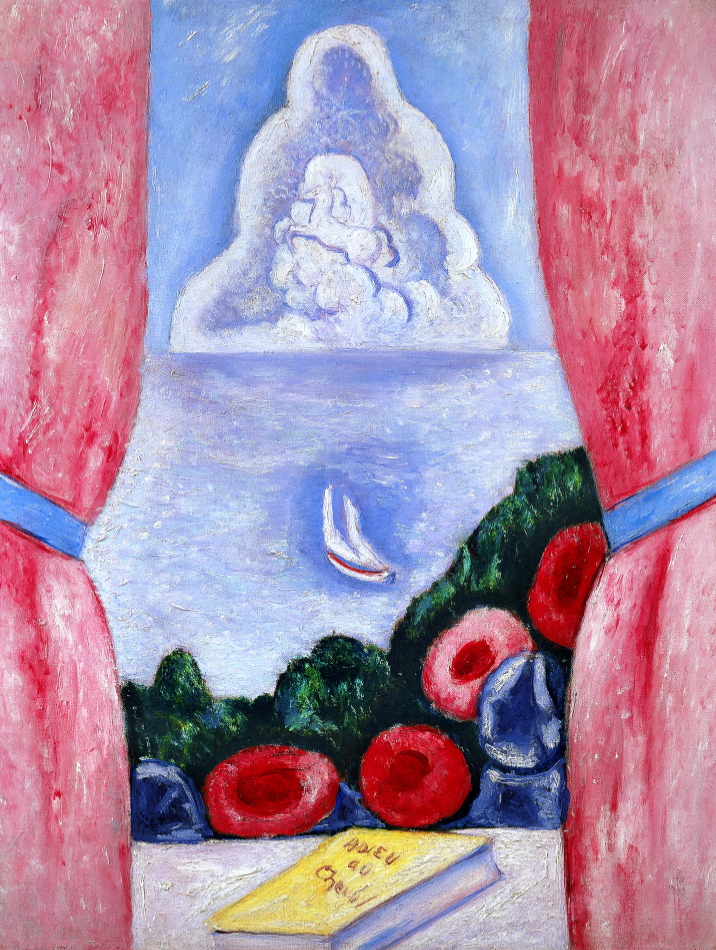