Born in Williamsport, Pennsylvania, George Luks moved with his family at the age of six to the nearby coal-mining town of Shenandoah.  His parents were immigrants, and he was raised in a socially conscious household – both important factors in his later development as an artist.  Luks studied briefly at the Pennsylvania Academy of the Fine Arts in 1884, then traveled extensively in Europe during the early 1890’s.  He joined the Philadelphia Press as an illustrator in 1893 and soon became associated with Henri, Glackens and Sloan.  Under Henri’s influence, he worked in a dark earth-toned palette with dramatic chiaroscuro technique and developed a keen interest in the work of the seventeenth-century Dutch and Spanish Old Masters.

In 1896, after moving back to New York and joining the staff of the New York World, Luks temporarily took over drawing the groundbreaking comic strip featuring the “Yellow Kid” from its originator Richard F. Outcault.  The “Yellow Kid” comic strip was set in an Irish slum on the Lower East Side of Manhattan and dealt with the devilish adventures of the scrawny, toothless urchin Mickey Duggan and his Irish, Jewish, Italian, African-American and Chinese cronies.  Luks started spending much time on the Lower East Side and in 1899 started painting the immigrant Jewish and Italian children who flooded the streets of the neighborhood as well as the children of the longer-established Irish and Germans.

Luks painted the children of this lively but impoverished area with tenderness, warmth, dignity and humor.  He believed that the children of the slums made a far better and more interesting painting than a pretty woman all dressed up in her drawing room.  He noted that: “Children seem to have in their eyes a definite glimpse of something, a wonder, a half-awakened expectancy. This is at once one of the most engaging and most elusive things an artist may try to catch … To paint children is to approach the historical!  I try to pick out children who give signs of meaning something to the community in the future.” (from Edward H. Smith “’Kids’ that Luks Paints,” The World (New York), Feb 13, 1921, Magazine  Sec .,p.9) 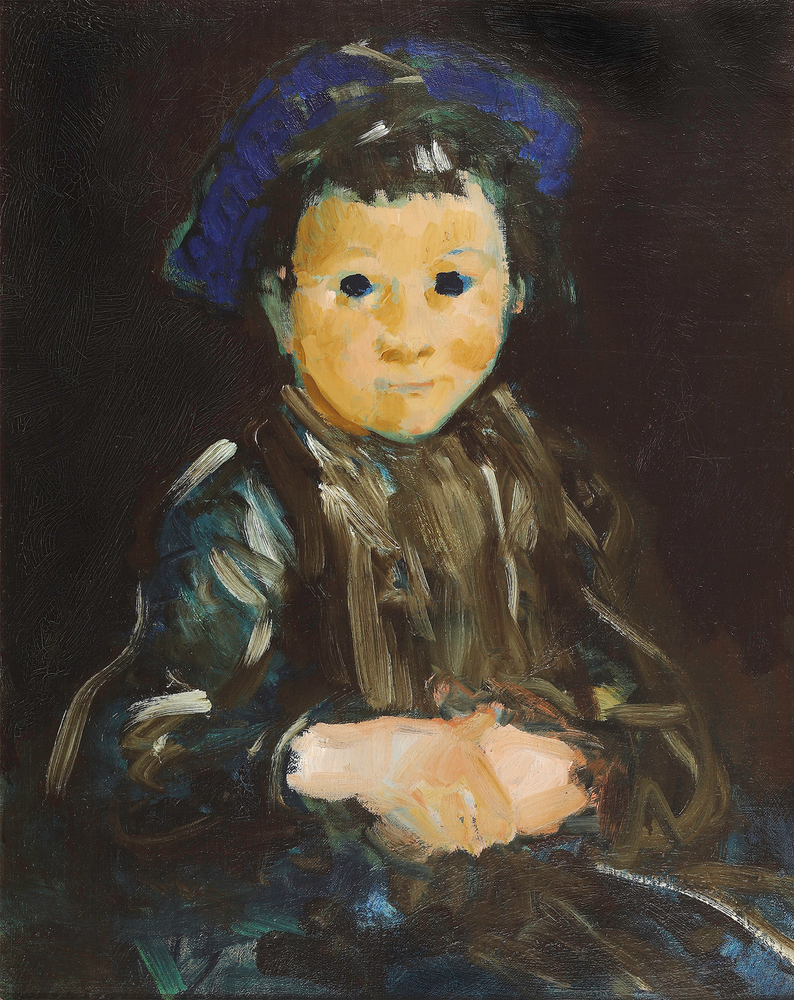