By descent in the family

George Luks was a leading figure among the group of progressive Realists who would become famous in the first decade of the 20th Century as the “Ashcan School”. Heralding from Philadelphia, Luks and his colleagues Robert Henri, Everett Shinn, John Sloan and William Glackens moved to New York where they became known for urban subjects and people from all walks of life. Some time during the following decade Luks came to know the painter and patron Margarett Sargent (1892-1978), a bohemian Boston Brahmin and, in the 1920s, an artist of verve and originality. In her biography Honor Moore describes “her portrait as a young woman, which George Luks painted from memory in early 1919….Her pale hands are folded, disappearing into the black of her lap. She wears a dark hat, its swath of auburn feather trailing down her back. Her dark dress has a creamy collar and cuffs, daubed with salmon trim. Luks invented the clothes, he said, to make her look timeless….Because of her black hair, her very light complexion, and the contradictions in her character, Luks called Margarett ‘The White Blackbird’, and that is what he called the painting. The young woman’s decorous pose contrasts with the low, open neck of her gown. The restraint of her expression belies the worldly rush of her life in New York and her racy reputation. In the warm whites of cheeks and chin, the dark of eyes steadily forward, mouth gently closed, Luks caught uncertainty and sadness, a vulnerability Margarett rarely revealed. Against the old-master darkness of the rest of the surface, the pale flesh of her neck and décolletage takes on the luminous shape of a white bird in its moonlit flight” (The White Blackbird, p. 111-2). 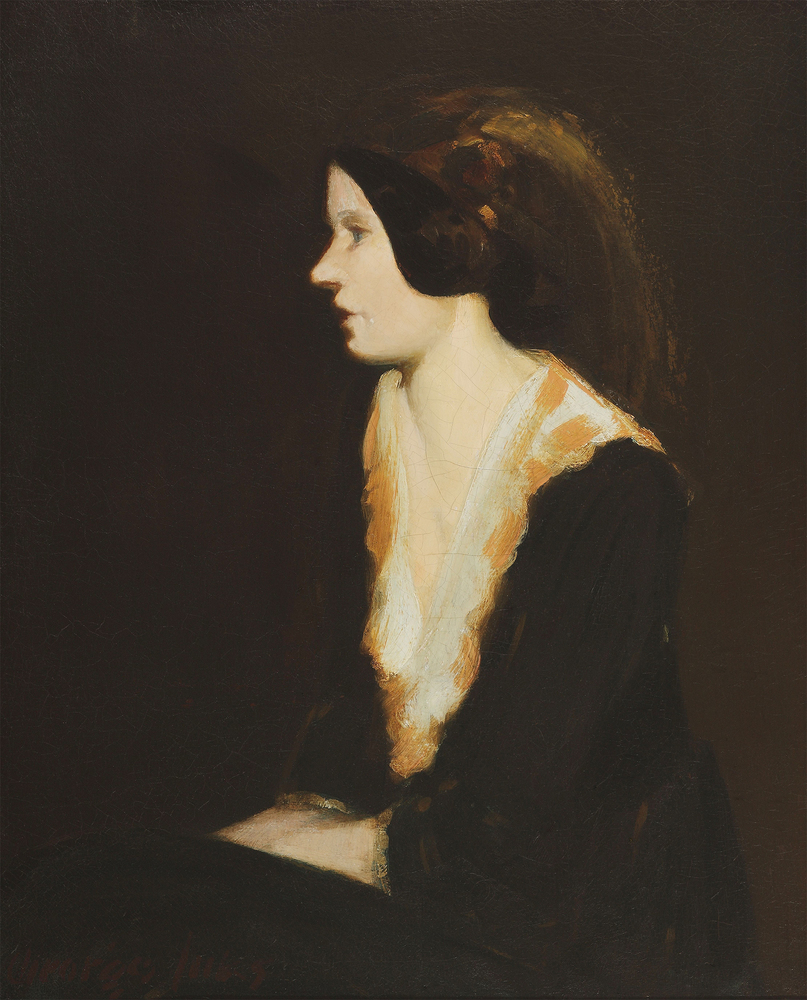