p. 93 (“Simplified into schematic form, the painting represents the power equipment and structures at Hoover Dam on the Colorado River, the first great multiple purpose dam built by the Bureau of Reclamation”, p. 79)

Hoover Dam, dating from 1975 during the years when Crawford was painting primarily abstract compositions, including some of his most dynamic, is special because it is reminiscent of his pre-war industrial subjects and recapitulates themes and manners of his earlier Precisionist style. It is considered one of his most important late works, and the late works as a group are considered in many ways Crawford’s finest achievement. 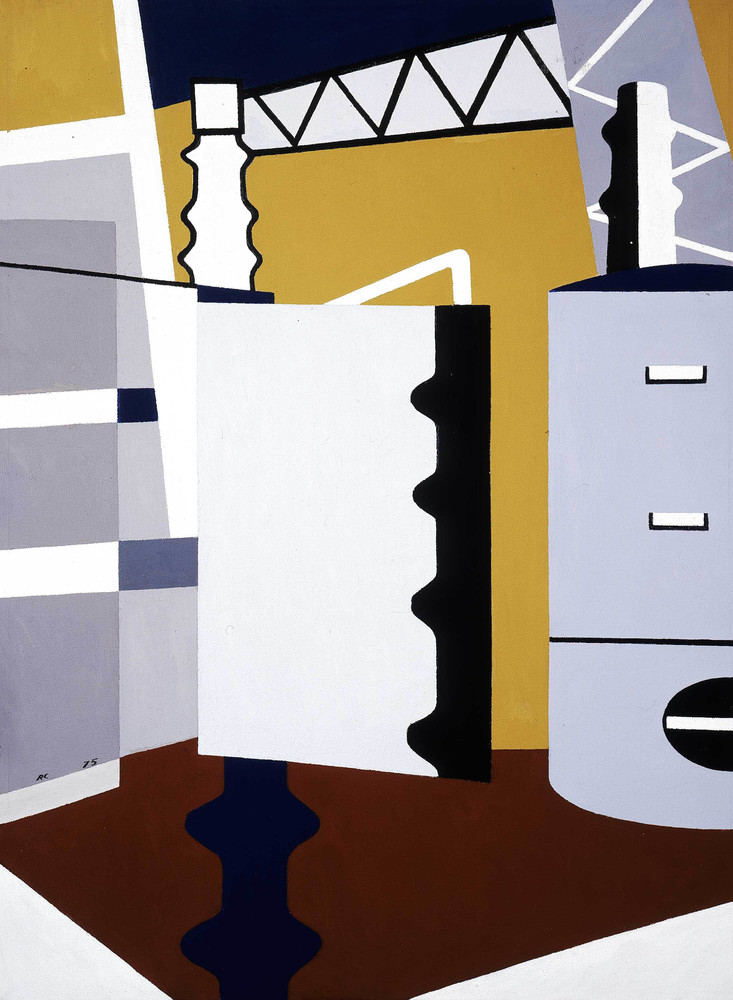