Crawford’s early paintings, from the 1930s, are Precisionist in nature, influenced by the bold color and linearity of such European masters as Cezanne and Matisse whose works he had studied.  He focused on sharp-edged images of the American industrial landscape, much in the manner of Charles Sheeler, and developed a kind of abstraction that relates to the inventive styles of Stuart Davis. He moved from Precisionism to geometric abstraction in the 1940s and then to more free-form abstraction in his later work, encouraged by the art he saw during his frequent sojourns in Europe.

Box Car of 1941 is a geometric abstraction that retains very little identification with its subject, even though in this as in other paintings of the time he used an industrial feature – boat, railroad, building, mechanical equipment – as the basis for an abstract composition.  Until about 1940 his subjects are rendered with greater realism, as in his Overseas Highway of 1939 (Regis Collection, Minneapolis) but soon thereafter complete abstraction takes over, as in this Box Car or such other paintings as Bomber (1944), Aircraft Plant (1945), Lights in an Aircraft Plant (1945, National Gallery of Art, Washington), Nacelles under Construction (1946), and Test Able (1946, Georgia Museum of Art).  Crawford’s paintings from the early 1940s are extremely rare and they are significant milestones in the development of mid-20th Century abstraction in America. 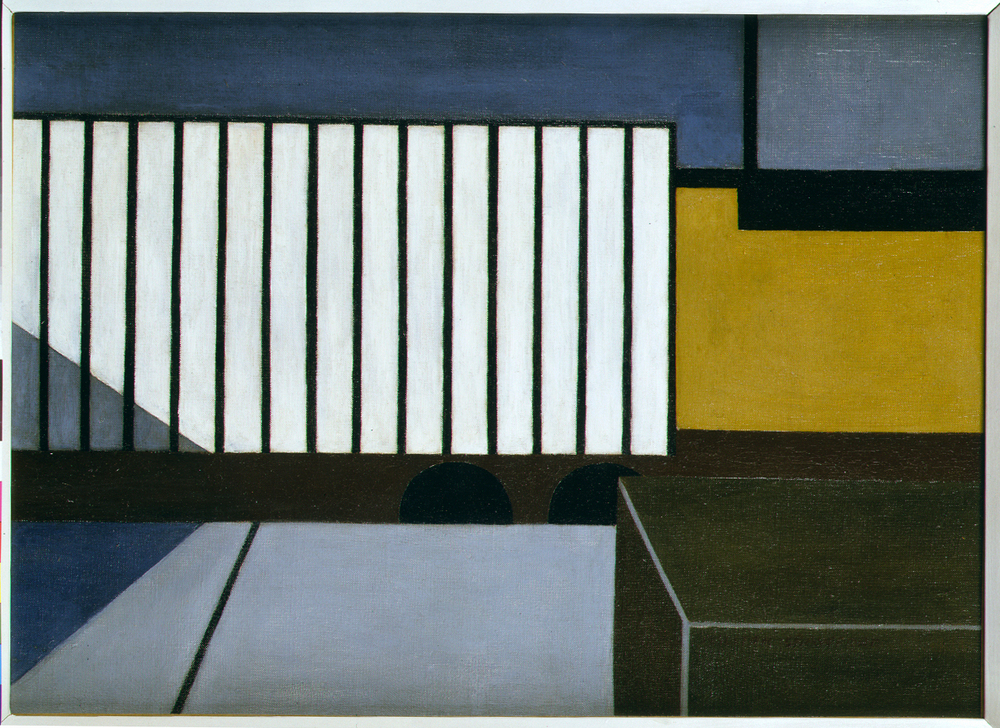