Stella’s extraordinary body of work is varies in style and subject throughout his long career, from realist portraiture to futurist abstractions, from fantasies of nature to lavish landscapes, embracing many media. Born in Italy, he always maintained a connection to his Italian roots and heritage. By the time he was about 20 years old he was living in New York and painting industrial scenes, before returning for a few years to Italy where he fell under the spell of the Italian Old Masters.  In Paris he was part of the avant-garde salon of Gertrude and Leo Stein and met other young American “modernists” as well as some of the progressive European modernists and Italian Futurists, whose influence is manifest in his famous suite of abstractions of the Brooklyn Bridge. Throughout his life Stella was attracted to the Old Masters, whose inspiration was ever-present in his work. As observed by Irma Jaffe in her 1970 monograph on the artist, as he turned away from abstraction in favor of the figurative compositions and portraits that would dominate his later oeuvre; this Italian Peasant – Guitar Player relates to several: “occasionally he executed a large subject picture, [including] a few figure studies of Italian peasants from the 1938 trip to Italy” (p.119).  Among his many drawings are two that feature a figure with a guitar: Man Holding a Guitar, ca. 1938, and Old Man with a Guitar, ca. 1938, both illustrated in Drawings of Joseph Stella by William Gerdts, Rabin & Krueger, New Jersey, 1962. 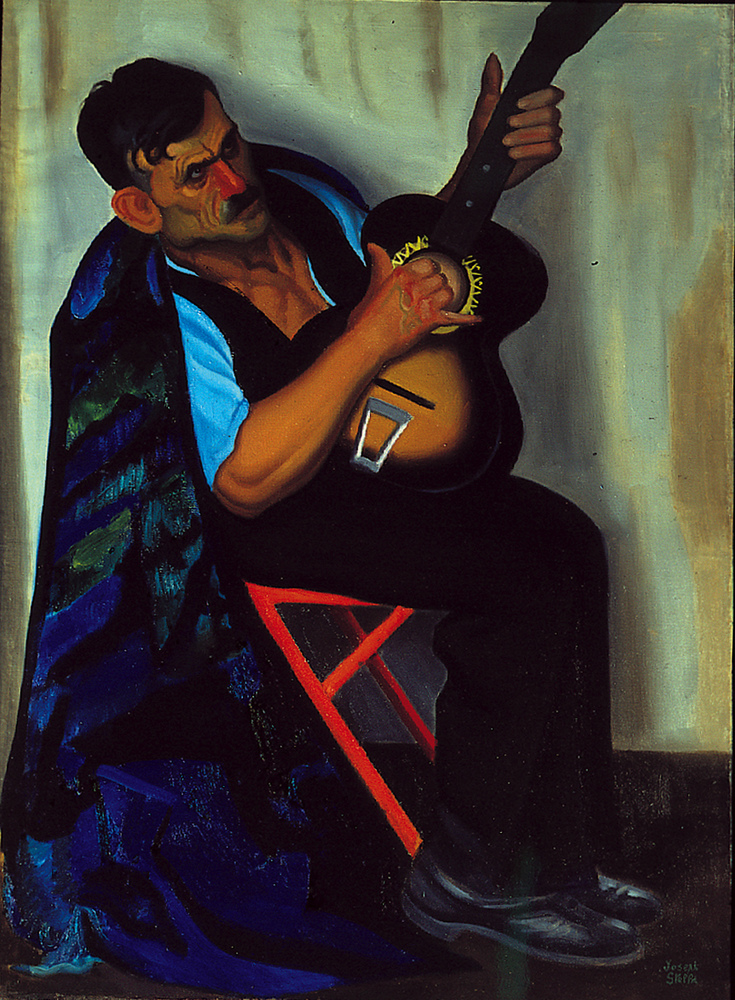