Born in Siberia and raised in Manchuria, Esphyr Slobodkina emigrated to America in 1928 and settled in New York where she attended the National Academy of Design for a brief time and met and married the prominent abstract painter Ilya Bolotowsky, who would encourage her to abandon her academic training and follow their shared path to abstraction. In 1936 she and Bolotowsky separated and Slobodkina, ever self-reliant, pursued her career, contributing to the Works Progress Administration and becoming a founding member of the American Abstract Artists group. She was closely associated with the so-called “Park Avenue Cubists” George L.K. Morris, Suzy Frelinghuysen, Charles Green Shaw and A. E. Gallatin, and exhibited with John Graham, Adolph Gottlieb and Mark Rothko. Alongside her paintings she made many surrealist-inspired sculptures composed of wood, wire and found objects. (She also made illustrations for children’s books, most famously Caps for Sale.)  Through the 1940s and 1950s she was featured in exhibitions of abstract art at various major museums, including Philadelphia and the Whitney, which acquired one of her paintings in 1952.  Active until the end of her long life, she languished in relative obscurity until her rediscovery in recent years by such notable collectors as Barney Ebsworth in Seattle, and is represented in many major museums, including the Metropolitan, the Philadelphia, the Smithsonian American Art Museum, the Whitney, the MFA Boston and the MFA Houston.  Her significant donation of art and archives to the Heckscher Museum in Huntington on Long Island, near her home, and the work of the Slobodkina Foundation have been instrumental in establishing her rightful place in the canon of the better known American modernists. The machine-like and aviation-derived imagery in Levitator is characteristic of work she was doing in the early 1950s; and the Japanese Abstraction relates to paintings of the later 1950s with similar Asian iconography. 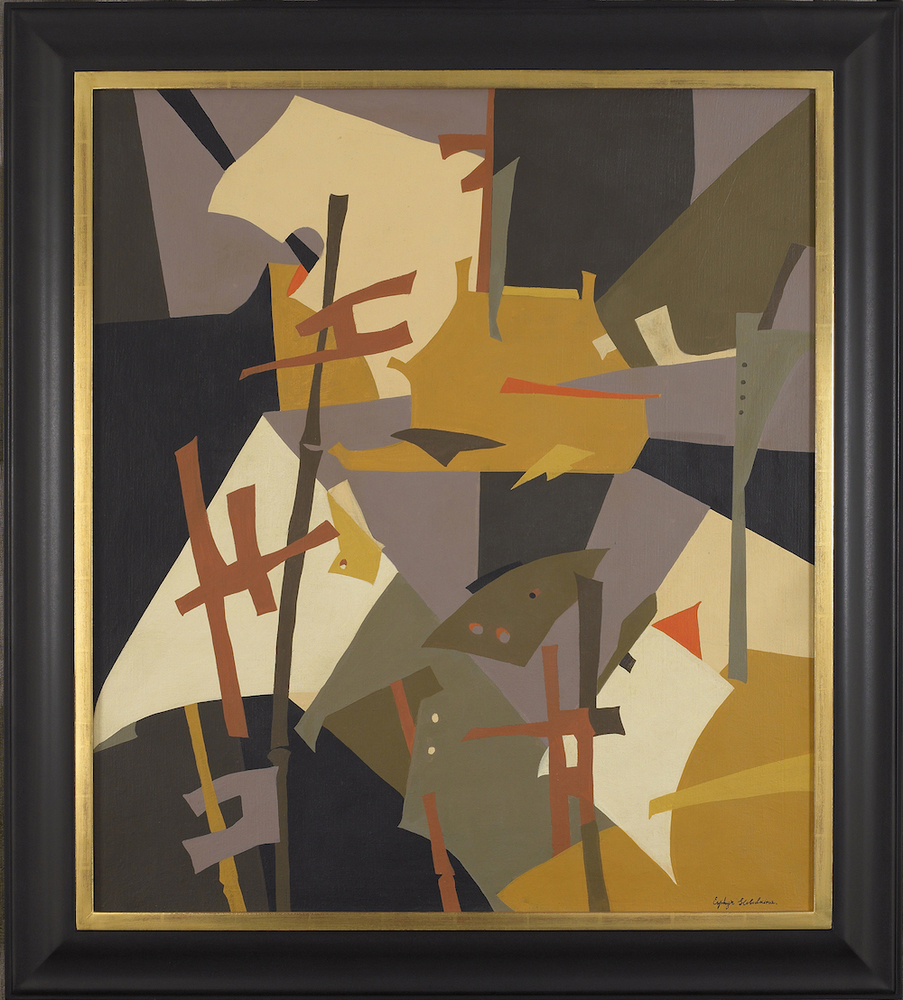