Thomas Agnew & Sons, London, acquired from the above

Richard Allen Knight, New York, 1932, acquired from the above

Dorothy Ledyard Knight, wife of the above, New York, 1942

Painted during one of Sargent’s late summer visits to the lake country in Italy, this view of the garden at the Villa Torre Galli in the village of Scandicci just outside Florence is contemporary with several other Sargents of this villa and its garden, including the famous Loggia at the Villa Torre Galli, Florence (same size, in the collection of the Freer Gallery of Art, Smithsonian Institution, Washington); the view of the garden  (Royal Academy of Arts, London); and a number of  related watercolors belonging to the Museum of Fine Arts, Boston.

In this composition, the eye is led down the garden’s central path towards the colonnaded loggia, with lemon trees in terracotta pots on the lawn. The row of cypress trees that line the entry avenue to the villa from the main road can be glimpsed through the open doorway at the upper left, thus providing a small but dramatic vista beyond the interior garden of the grand villa.

As noted in the Milch Gallery Art Notes of 1927-28, regarding Sargent’s attraction to garden scenes and this one in particular, “the shadowed courtyard shows an arched loggia, with columns and overhanging vines, sheltering a garden bench and a sculptured marble statue on a pedestal. To the left, an open doorway leads the imagination into tiled rooms beyond.  The canvas is one of a series of out-of-door paintings by Sargent, which have been eagerly bought up in England.” 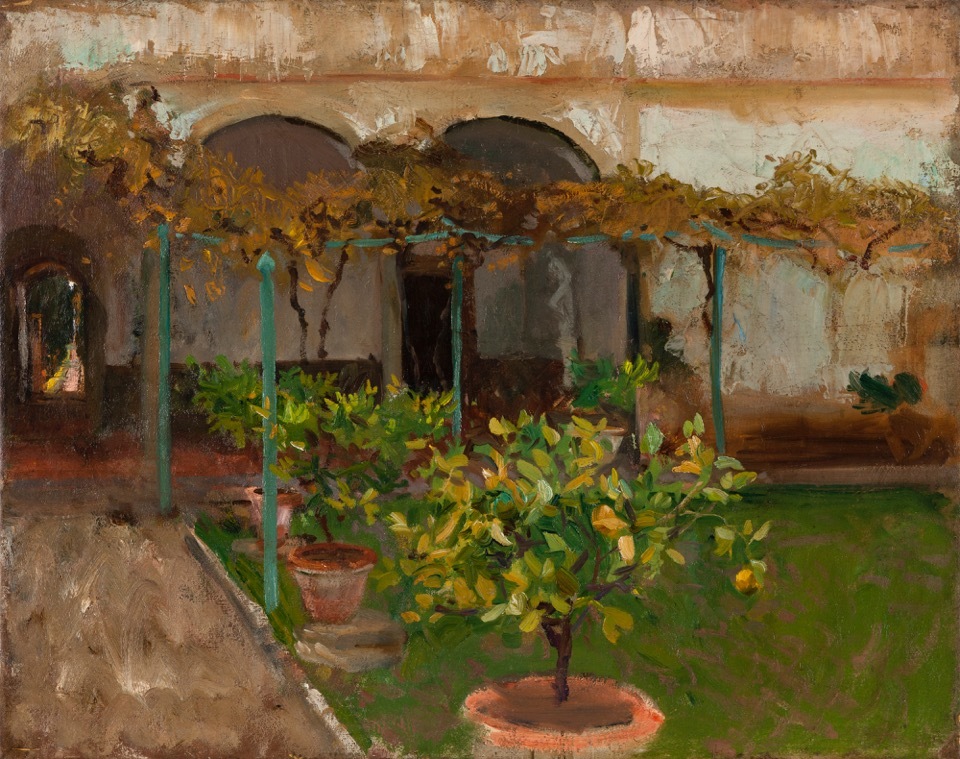