There is no more dynamic or influential abstract painter of the 20th Century than Hans Hofmann, one of the most celebrated colorists of all time and a progenitor as well as practitioner of Abstract Expressionism.  The highly influential critic Clement Greenberg, an early owner of this painting, considered Hofmann’s first New York solo show at Peggy Guggenheim’s Art of This Century gallery in 1944 (along with Jackson Pollock’s in 1943) as the critical breakthrough in painterly vs. geometric abstraction. Greenberg championed Hofmann for over 25 years, and wrote, in his 1961 monograph on the artist, that “his name continues to be the one that springs to mind when we ask who, among all other painters in this country, deserves most to be called a master in the full sense of the word” (p.129).  Hofmann is represented in museums around the world and has been featured in multiple exhibitions. As the distinguished art historian William Seitz has noted, “in one of the paradoxes that make up his genius, Hofmann the precise and rational theoretician was, as early as 1940, the painter who worked with more Dionysiac abandon, with more reckless poetic madness, than any other American artist” (Hans Hofmann, Museum of Modern Art, 1963, p.8).  Hofmann was a noted teacher, first in his native Germany, then in New York and Provincetown, Massachusetts, all the while producing his impressive body of work, and his students include some of the rising stars of the time, including Helen Frankenthaler, Lee Krasner, Joan Mitchell, Michael Goldberg, Louis Nevelson and Frank Stella. 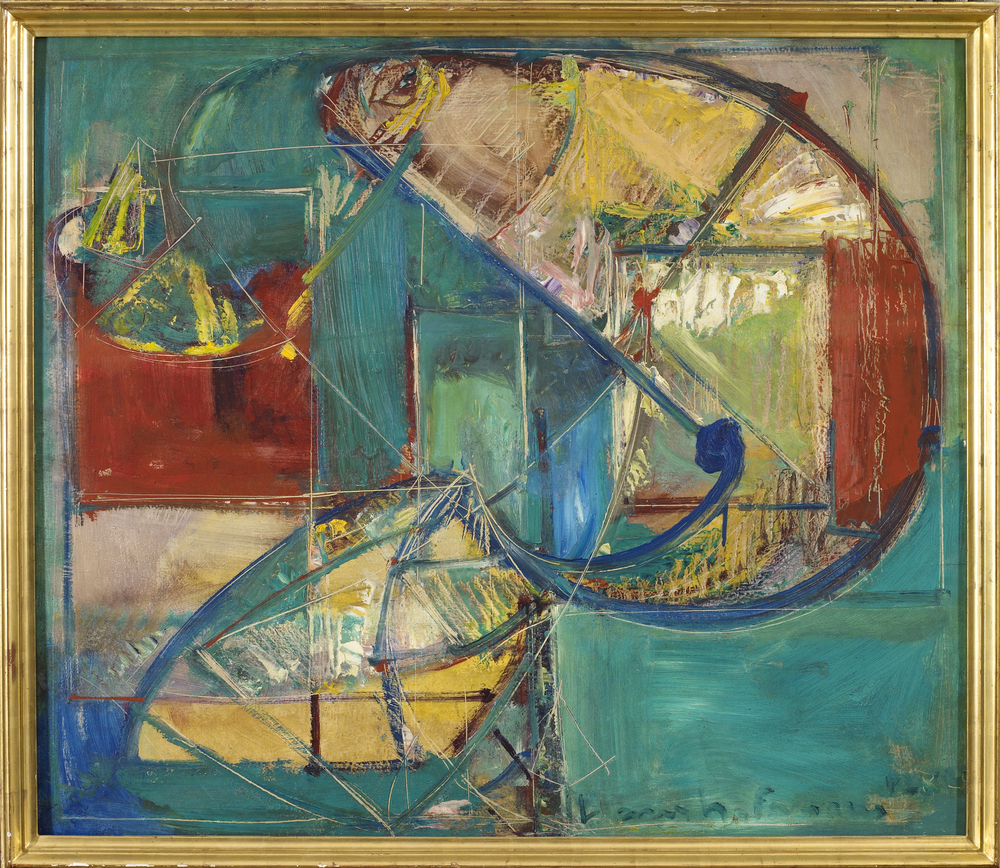