In addition to being one of the pre-eminent early 20th Century American painters in oil, Bellows was a leading print maker who created a considerable body of lithographs in the years 1916 to 1924.  Some of his print subjects refer to social and political issues of the day (like Benediction in Georgia), while others, such as The Life Class, concentrate on the artist’s personal life and matters concerning art.  The Life Class was done in several versions, and is a reflection on the studio practice of Bellows and his colleagues.  The statuesque model, who recalls Bellows’s important Early Standing Nude (Miss Bentham) of 1906, is placed like a classic sculpture on a pedestal, illuminated from above and the focus of several diagonals, including outstretched arms, that point directly to her; and her elegant figure is echoed in the image being painted by the central artist in the foreground.  There is a dramatic sense of chiaroscuro between the lights and the darks which enlivens this complex composition. 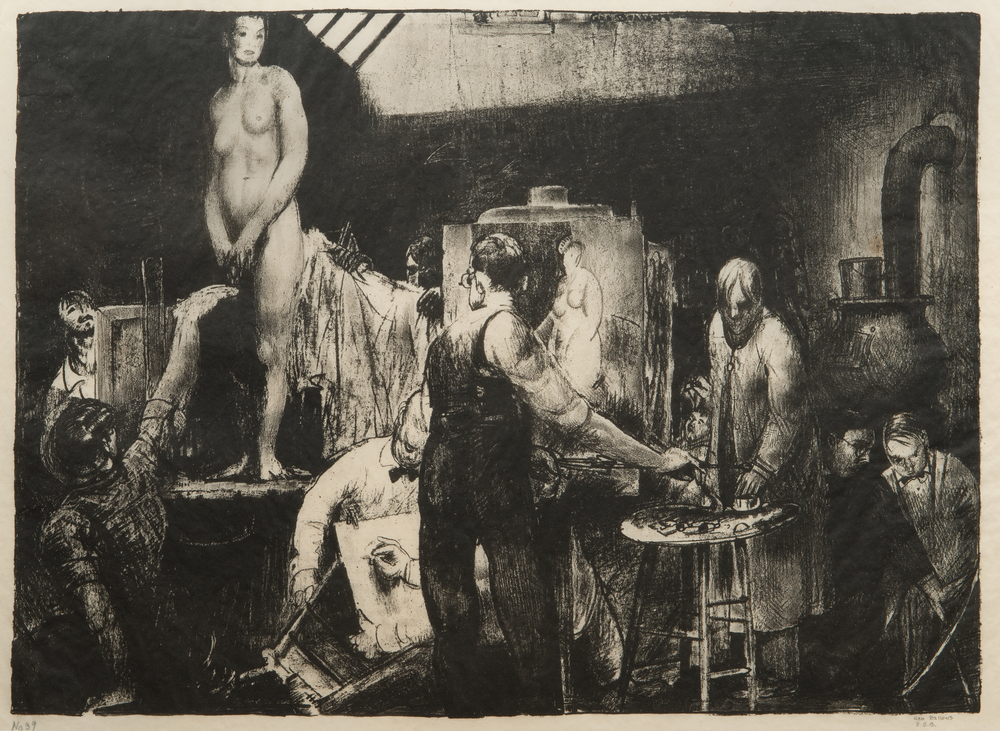