In addition to being one of the pre-eminent early 20th Century American painters in oil, Bellows was a leading print maker who created a considerable body of lithographs in the years 1916 to 1924.  Benediction in Georgia is one of five lithographs included in an exhibition of Bellows lithographs at the Keppel Gallery called “Studies in Belief”; the others are The Sawdust Trail, Prayer Meeting, The Novitiate and In an Elevator.  The general theme of these prints is the artist’s personal reaction to the religious hyperbole of the time, an attitude promulgated by the leftist publication The Masses, which advocated a strong resistance to organized religion, and which published some of Bellows’s prints, including Benediction in Georgia in the May 1917 issue.  The preaching figure would appear to be more concerned with demonstrating his power over the roomful of black convicts rather than any effort to provide meaningful help.  The subject of this print is both the insincerity or hypocrisy of the minister and the need for prison reform, much debated and needed at the time. 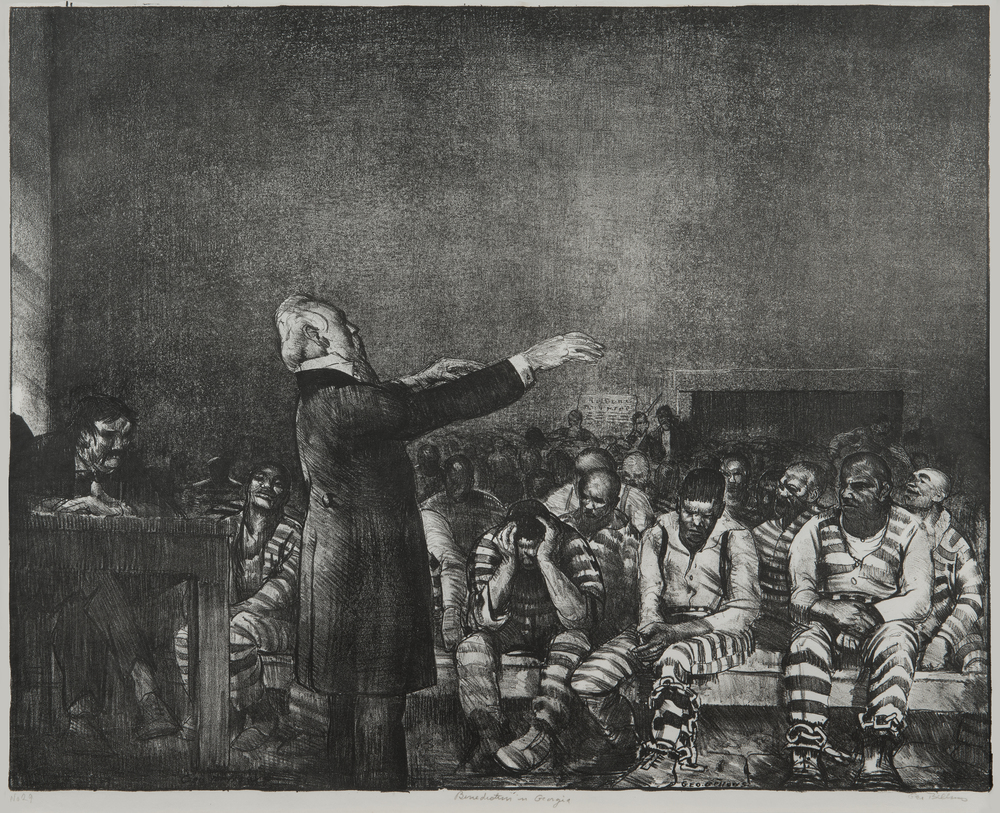