In addition to his many distinguished figure studies, portraits and genre compositions, Bellows delighted in lush land- and sea-scapes. Among his most original conceptions are such scenes of surf and rocky shore as Rocks and Coast, which was painted during Bellows’s first of many summer visits to the artists’ colony on Monhegan Island off the coast of Maine. He went there at the behest of his friend and mentor Robert Henri and along with quite a few other painters was captivated by the wild and varied topography and the visual excitement of the waves crashing against the rocks. This panel is one of Bellows’s plein-air studies, recording with vivid immediacy a specific time and place that would become a large - scale studio painting, in this case the well-known Evening Swell. One is captivated by the way he wrought such powerful imagery of storm-tossed clouds and roiling sea with just a handful of luscious brush-strokes on a small, portable panel. It is interesting that Rocks and Coast belonged to Charles Hill Morgan, a collector of note and long-time professor of art history at Amherst College in Massachusetts, and author of the first biography of George Bellows; it has remained in the Morgan family until now. A number of related small Monhegan views were featured in the recent Bellows Retrospective that traveled from the National Gallery in Washington to the Metropolitan in New York, then to the Royal Academy in London. Beyond the honor accorded Bellows in the UK by this major exhibition (which followed a smaller one at London’s National Gallery), Bellows has the distinction of being the only American artist now represented in British museum collections, in fact by two significant works – Men of the Docks having been acquired by the National Gallery and Miss Bentham, Early Standing Nude by the Barber Institute of Fine Arts in Birmingham. 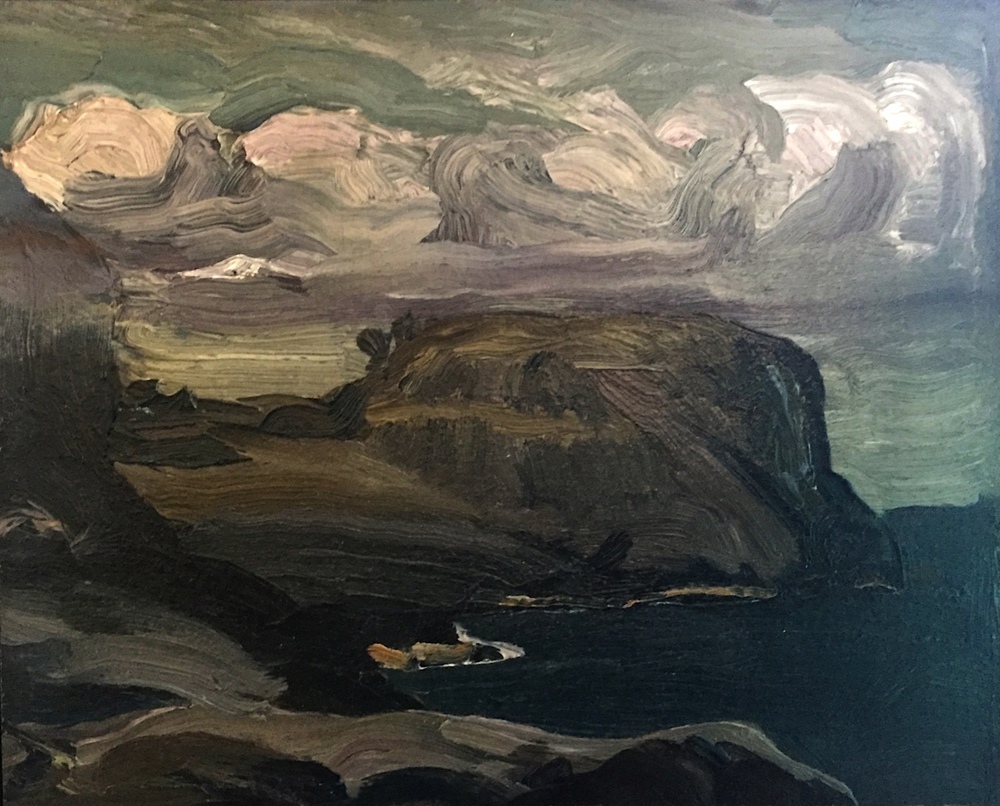