Private Collection, acquired from the artist

Born in Lithuania, Lovet-Lorski studied at the Imperial Academy of Art in St. Petersburg and then in Berlin before emigrating in 1920 to America, where he became a citizen in 1925. While known for his numerous portrait busts of prominent people – including Franklin Delano Roosevelt, Dwight Eisenhower, John F. Kennedy, Arturo Toscanini, Leopold Stokowski, and Feodor Chaliapin, as well as a variety of Hollywood idols – he is most admired today for his “Art Deco” figural and animal sculptures of the 1920s-1930s in different media. During sojourns in Rome and Paris, Lovet-Lorski was exposed to the innovations of Picasso, Brancusi and other trend-setting artists, and became a leading American modernist associated with Paul Manship, Gaston Lachaise, John Storrs and Elie Nadelman. From 1950 until about 1970 he exhibited regularly at the Wildenstein Gallery in New York.

The subject of Cretan Dancer relates to “bull leaping”, a ritual common to Minoan Crete that celebrates bull worship and in particular the prelude to a sacrificial offering during which an acrobat or dancer would dance on the bull. A similar Cretan Dancer (of 1934) is reproduced in the publication Boris Lovet-Lorski: the Language of Time by Martin Bush, Syracuse University, 1967, p. 21, and also in Sculpture of Boris Lovet-Lorski by Merle Armitage, New York, 1937.  Two bulls form the frontispiece of Armitage’s book, further confirming the importance of the iconography of the bull, representing classical antiquity, in the oeuvre of Lovet-Lorski. 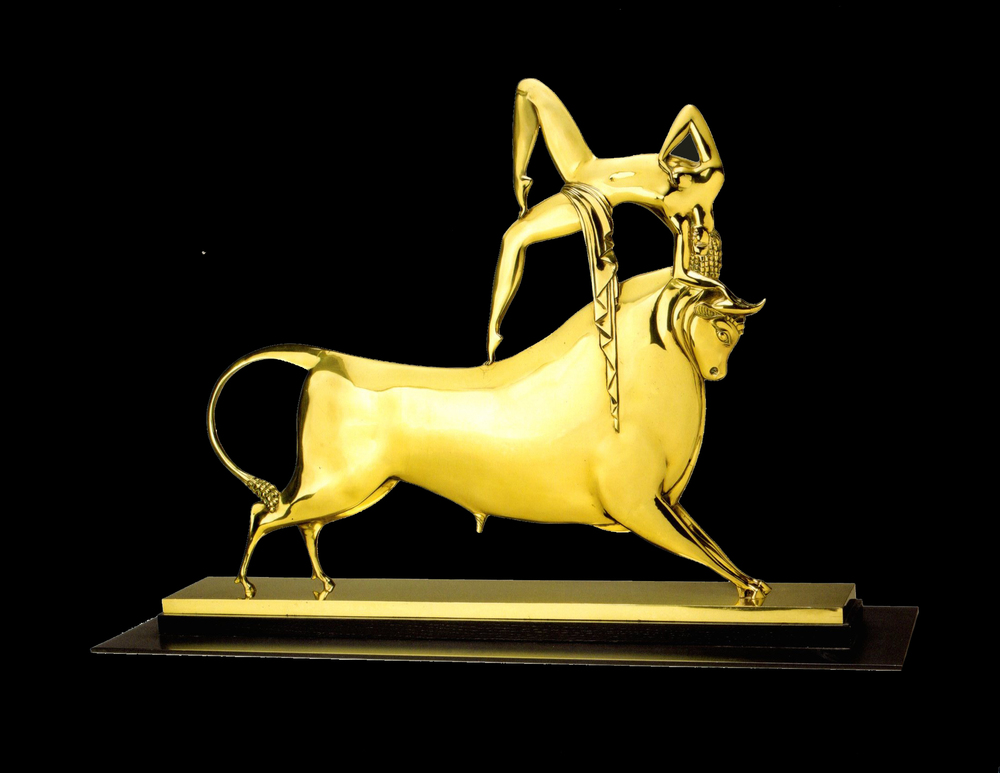