Arshile Gorky was a seminal figure in the shift to abstraction that transformed 20th Century American and international art.  By the 1940s his surrealism began to merge with Abstract Expressionism then ascendant, and in 1943, at his wife’s family farm in Virginia he introduced elements of bucolic and organic imagery into his abstract compositions, forging a unique style.  The many drawings he produced over several summers, such as this double-sided example, represent his response to nature and its metamorphoses and also his early experiments with automatic drawing and free association.

Julien Levy was a good friend of Gorky’s and, as a prominent scholar-galleriest focusing on the Surrealists, an early and ardent champion of the artist. One side of this drawing is reproduced in his important 1966 book on Gorky. 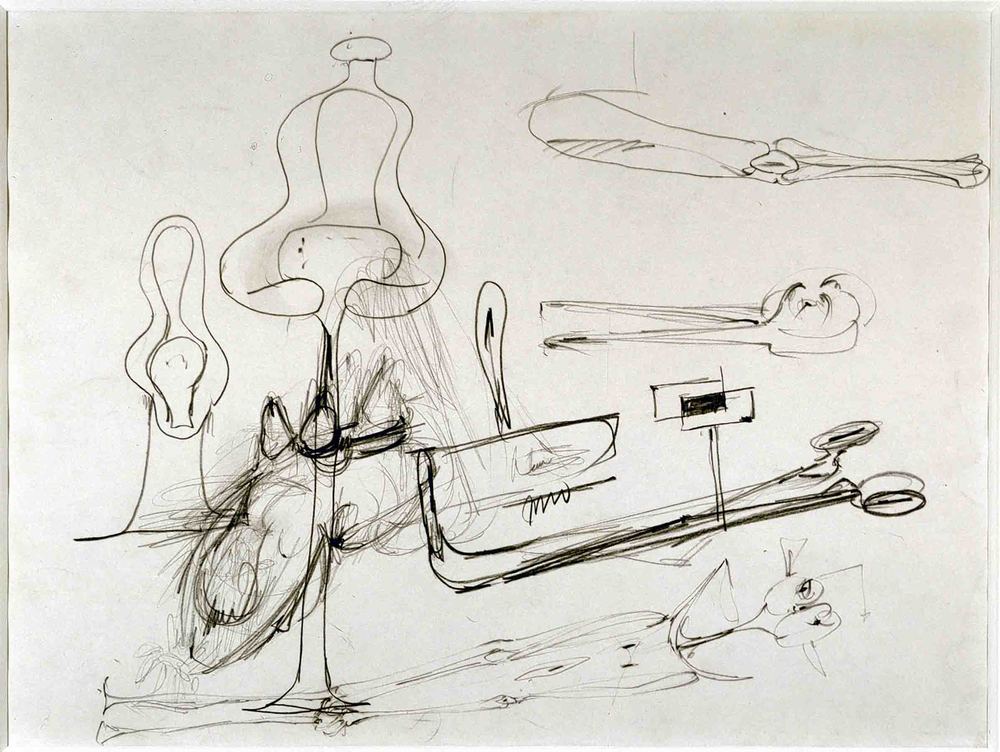