Gorky did a handful of naturalistic flower paintings from the late 1930s to 1942; like the portraits he did from time to time they depart from the surrealistic-abstract expressionist style for which he came to be best known and most admired while recalling the magnificent figural compositions from the beginning of his career. Like several of the related flower still lifes of this period, Souvenir rather closely resembles Picasso’s Vase of Flowers in the Thannhauser Collection at the Guggenheim Museum and thereby points to the esthetic connection between these two masters of the early 20th Century.  As is observed in The Paintings of Arshile Gorky by Jim Jordan and Robert Goldwater of 1982 (pp.77-8), “a comparison of these flower paintings of around 1939 with the more thematic painting of the time provides insight into one level of meaning they may have had for Gorky….The flowers match the lyric mood of Gorky’s abstract renditions of Armenian apricots and apple orchards. Both types of painting, the apricots with their folk and landscape references, and the flowers with their sources in the painterly French tradition, seemed to have embodied for Gorky an ideal of a warm and rich luxuriousness.”

Gorky had very few students over the years and only two in 1934-5, Ethel Schwabacher and Mina Metzger; they worked in his studio several days a week and would sometimes accompany him to the Metropolitan Museum to look at the Old Masters.  They became major supporters and acquired a number of his paintings, and Mina Metzger owned another flower composition in addition to Souvenir. 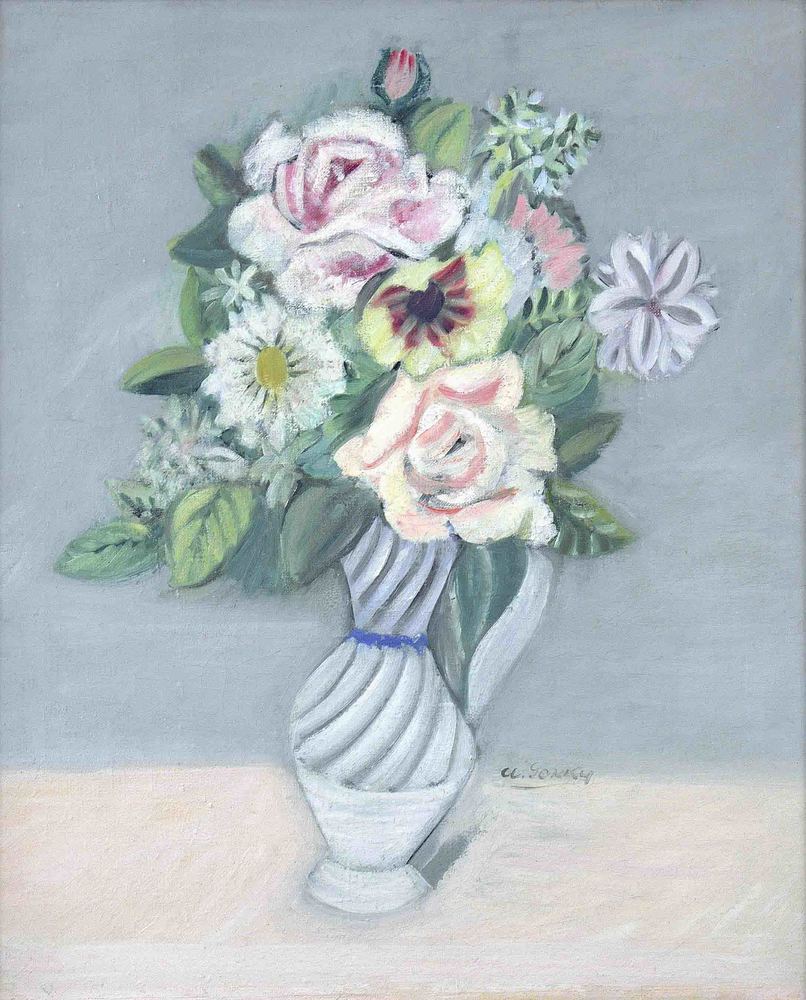