Estate of the artist

Maurer was one of the earliest and most important of the American Modernists. He was exposed to art from an early age under the tutelage of his father Louis, also a painter of note. He practiced a variety of styles over his career, from figures in the manner of Sargent, Chase and Whistler, at the turn of the century, to his distinctive, highly colorful fauvist landscapes and still lifes in the following decade, to, later, his cubist compositions and strange, elongated heads. Maurer spent his formative years in France, 1897-1914, the first American of his generation to be active there, and through his association with the pioneering expatriate collectors Gertrude and Leo Stein was introduced to the international avant garde in their salon, including Cezanne, Picasso and Matisse.  One can see the influence of Matisse in particular in Maurer’s brilliant French landscapes such as these, which relate closely to similar examples in the Barnes Foundation, Philadelphia; the Huntington Library and Collections in San Marino, California; the Hirshhorn Museum in Washington, D.C.; and the Weisman Art Museum in Minnesota. 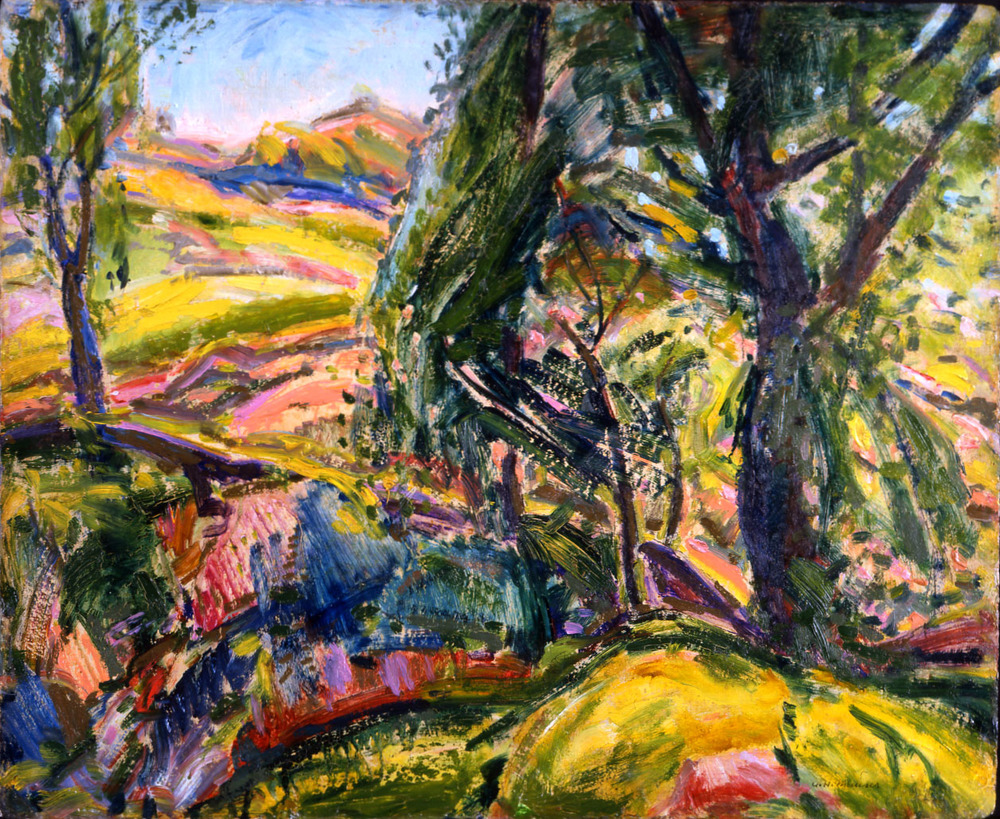