Cow was created in the summer of 1928 when Calder spent time with his friend Jane Davenport at her house in Peekskill, New York, and was focused on transforming blocks of exotic wood into carved animals.

Her daughter, by inheritance, 2012, Northampton, Massachusetts

George Pratt owned Schaghticoke Farm in Bridgewater, a dairy farm dedicated to exploring new ways of milking and taking care of cows, now operated as the Sunny Valley Reserve under the auspices of the Nature Conservancy.  Calder’s Cow was the logo for the Farm.

Jean Lipman, Calder’s Universe, New York, Whitney Museum of American Art, 1976, reproduced p.224, published in conjunction with an exhibition that originated at the Whitney Museum and traveled to the High Museum, Atlanta; the Walker Art Center, Minneapolis; the Dallas Museum of Fine Arts, 1976-7 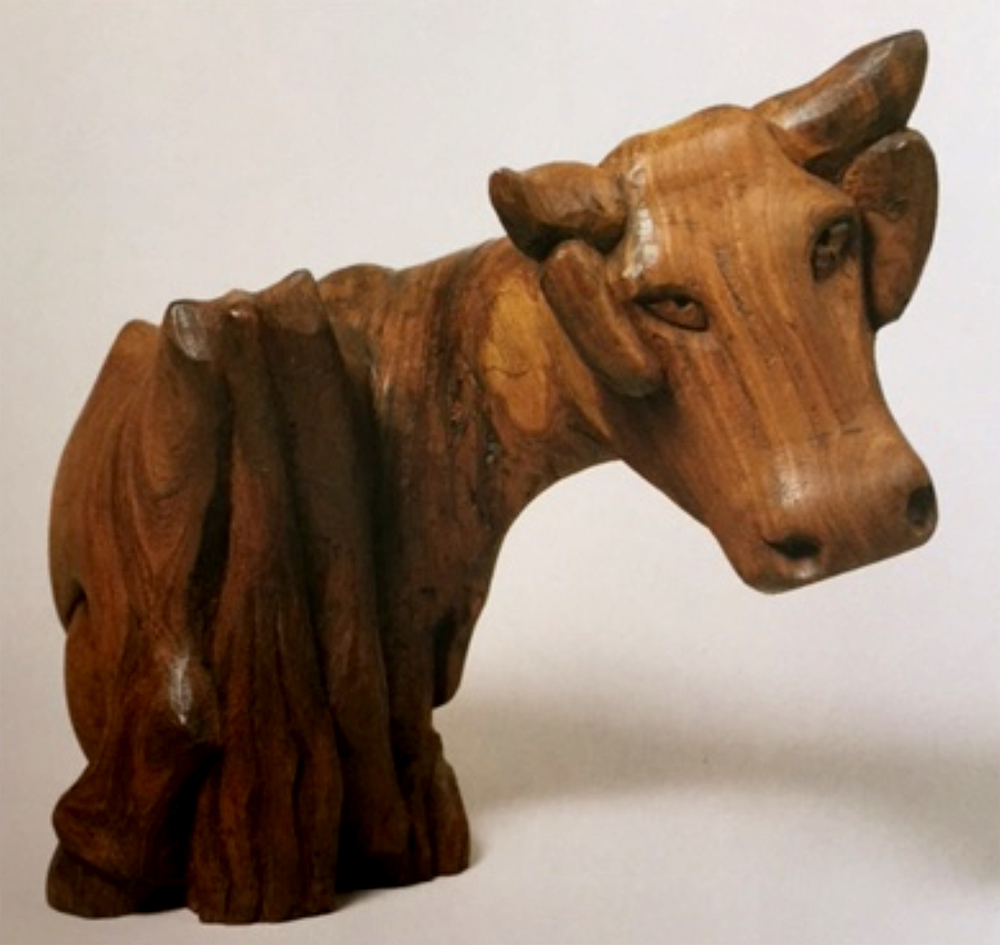