Dubreuil is one of the more interesting if less well known and less well documented trompe l’oeil still life painters of the late 19th Century in America.  He was preoccupied with depicting money, either barrels filled to the brim with paper currency or various bills tacked to the wall.  Other masters of trompe l’oeil such as William M. Harnett, John F. Peto and John Haberle also painted money subjects but were not so focused.  These artists were keen to show off their technical skills at “counterfeiting” currency, but some of their pictures were also commentaries on the contemporaneous debates over American monetary policies of the day.  One political and economic side favored “hard” currency backed by gold or silver, the other side favored “soft” treasury notes or “greenbacks” whose values were based solely on the government’s promise to redeem them.  Dubreuil was sympathetic to those supporting the issuing of greenbacks, which were designed to help farmers and small businesses.

Dubreuil was born in New York City to French émigré parents; his training is not recorded but he appears in Manhattan directories by 1886 and the first of his money paintings dates to about 1890.  Some of his compositions are satirical in nature, like the barrels of money or safes full of cash, underscoring America’s fascination with wealth in the age of the robber barons.  Ten Dollar Bills exemplifies the tradition of mimicking pieces of paper – bills in this case – tacked to a surface and forming an abstract pattern.  The artist thus provides an imitation of reality, a comment on currency and its meaning and value, and an abstract design that is beautiful in its own right. 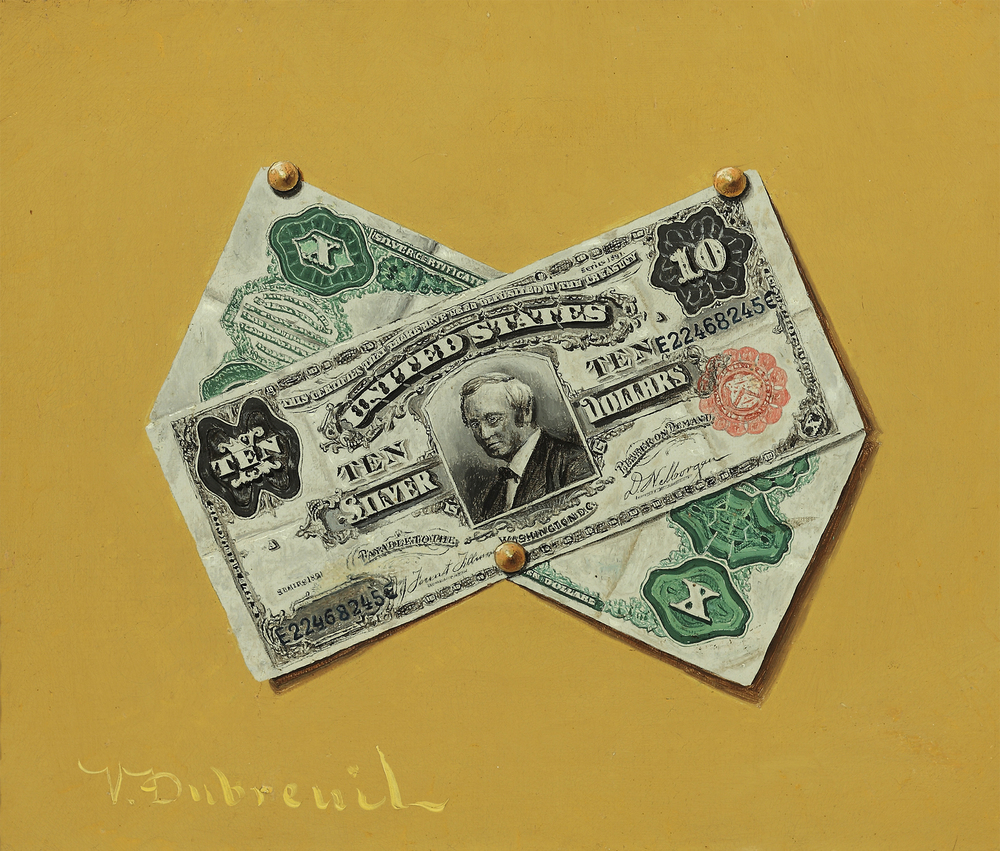