Like many of his colleagues and later painters, Davis was drawn to the picturesque village of Gloucester by the sea in Massachusetts, a place to which he was to return frequently over the next twenty years.  Evident in this painting are the influences of the avant garde artists featured in the landmark 1913 Armory Show in New York, where French impressionism and post-impressionism were introduced to a wider American audience. Various styles come together in Landscape with House, Gloucester – layered patches of color reminiscent of Cezanne and the loaded brush strokes associated with Van Gogh. These shapes and colors would evolve into the abstract combinations of Davis’s later cubist-inspired paintings.

It is interesting that this painting first belonged to Charles and Alice Winter, fellow artists living during the summer of 1915 in the same red cottage as Stuart Davis. Of the number of works by Davis that they acquired this was the one that they treasured the most and kept for the remainder of their lives. Davis and the Winters were part of a group of artists known as the “Red House 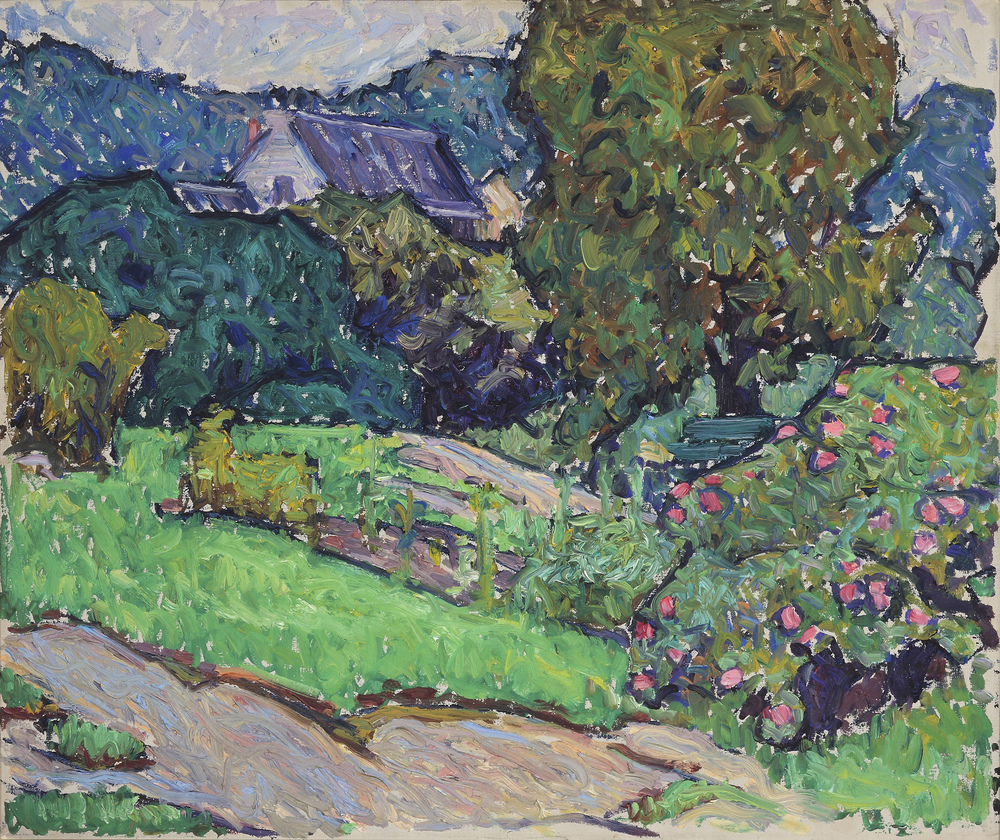