Stephen Hannock is one of the most renowned landscape artists of today, inspired largely by the landscapes of the Luminist painters of the Hudson River School active in the 19th Century in and around the Hudson River Valley and environs. His work has a romantic, painterly quality that has much to do with his highly refined technique, which is predicated on the application of multiple layers of pigment, each layer successively sanded and polished so that the surface is built-up and reflected light appears to emanate from within the composition. He has done a number of “Flooded River” scenes, mostly imaginary locales but some, such as North of the Oxbow, related to his well-known series devoted to the Oxbow on the Connecticut River in Western Massachusetts, famously painted by Thomas Cole (father of the Hudson River School) in 1836, a centerpiece of the American collection of the Metropolitan Museum in New York. Hannock’s largest version of the Oxbow is one of several of his paintings at the Metropolitan. Both the Cole and the Hannocks represent the view of the curve in the river from Mt. Holyoke, near Northampton, Massachusetts, where Hannock has lived for most of his life starting in the 1970s when he studied with Leonard Baskin, then teaching at Smith College.

Among the various remarkable features of Hannock’s art is his representation of the misty atmosphere that permeates both of these “Flooded Rivers”, at once strikingly realistic and at the same time so magical.  No other artist working today has so successfully achieved this degree of luminosity, applied with great dramatic effect in his series devoted to the “Northern City Renaissance”, a celebration of Newcastle on the River Tyne in northeastern England largely sponsored by the singer Sting. 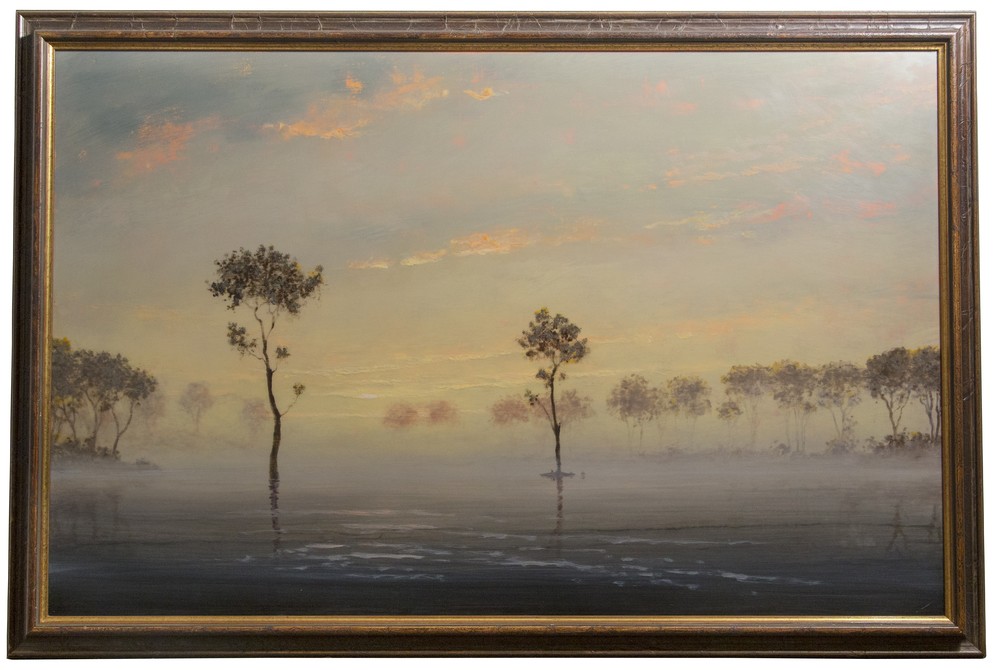