The multi-talented Michael West (born Corinne Michelle West) is a recently discovered master of Abstract Expressionism, also an actress and musician with literary accomplishments, devoted throughout her life to what she called “The New Art”. It is surprising to those newly acquainted with her vigorously brushed “Action” paintings that they were created by a petite and extremely stylish woman. She lived and worked alongside some of the major figures in the world of Abstract Expressionism, including Jackson Pollock, Hans Hofmann, Richard Pousette-Dart, Franz Kline, Robert Motherwell, Joan Mitchell, Philip Guston and Arshile Gorky, with whom she had an intimate relationship. Gorky was a great admirer and advocate of her art and wrote to her “your work is like no other American painter”. She resisted his entreaties to marry her because she feared losing her identity as an artist. She remained steadfastly true to her own vision and fiercely independent, a free spirit. As the distinguished critic Dore Ashton wrote of her, “where others wrestled with the dubious possibility that there could be an ‘inner self’ to which one must be true, West had no doubts.” Due to the general bias against female artists in those years, opportunities for exhibiting her work were limited, but she did show from time to time, including at the acclaimed Stable Gallery in New York. In later years she was influenced by Japanese calligraphic painting; as Ashton writes, “West’s profound accessibility to esotericism led her to prolong her adventures with Eastern esthetics, and in the 1970s there would be impressive elaborations, always in blacks and ochers, of calligraphic compositions in which the direction, the speed, the modulations of her strokes were the signal events on the canvas.” 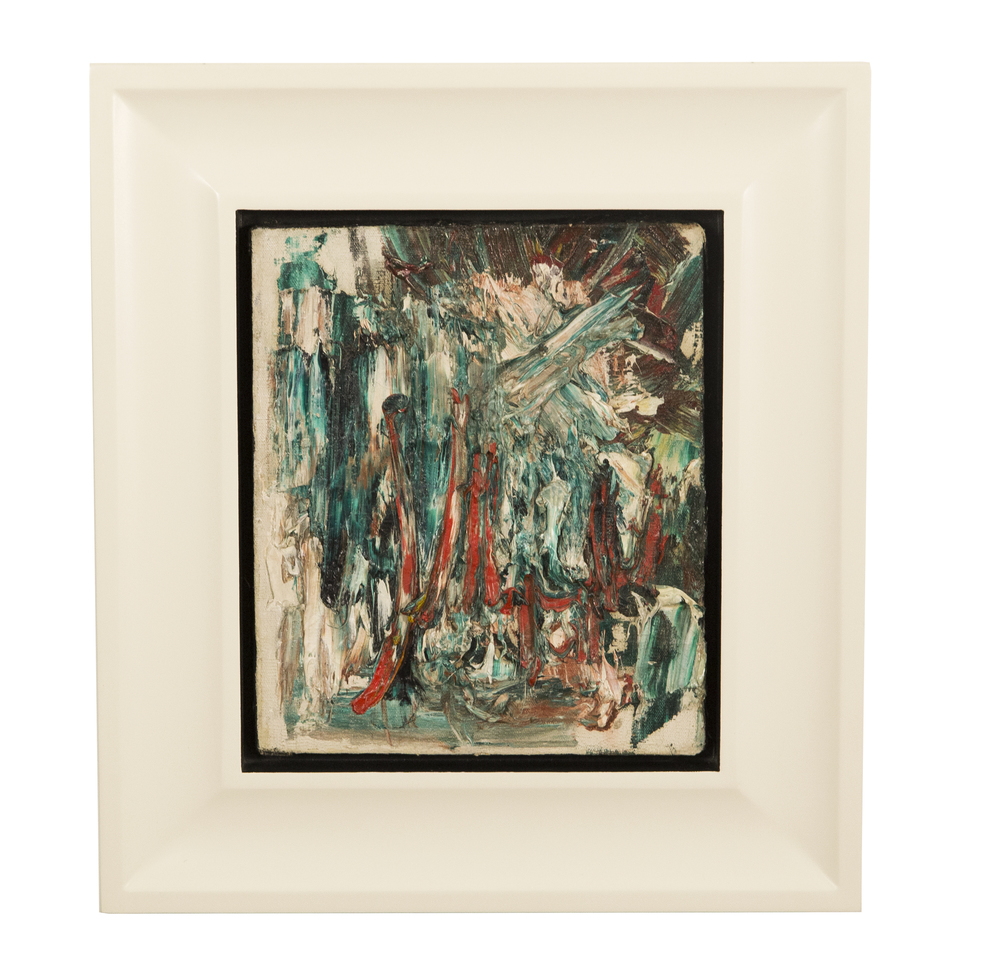