The Figure in American Sculpture: a Question of Modernity, exhibition organized by the Los Angeles County Museum of Art, 1995, catalogue edited by Ilene Susan Fort,

Mario Korbel was born in Bohemia and studied there and later in Berlin, Munich and Paris, before settling in the United States, first in Chicago and ultimately in New York, where he created his most admired sculptures, mostly in bronze.  Nocturne was one of the first and is the best known of his female nudes, and some of the casts of this figure demonstrate his experimentation with contrasting patinas and textures, a decorative feature that may reflect the influence of the Vienna Secession. The standing nude of Nocturne appears in an attitude that suggests the benediction of an earthly Madonna; the drapery is a framing rather than a concealing device. 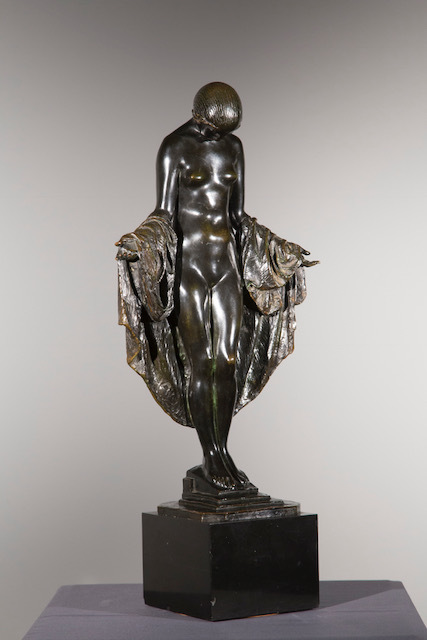