John Marin was one of the most innovative early 20th Century American modernists, known mostly for his distinctive watercolors of abstracted land- and seascapes as well as urban scenes.  After initial training at the Pennsylvania Academy of the Fine Arts he traveled in Europe where he developed his skills in watercolor, notable for their fluency and translucency.  He was one of the young progressives who was supported by Alfred Stieglitz, at whose famous gallery 291 in New York Marin was given his first solo exhibition in 1909. His association with Stieglitz lasted for some 40 years and included annual exhibitions. Having participated in the landmark Armory Show of 1913 Marin was recognized as a leading member of the avant garde artists of the day.

Seal Rocks is a section of the island of Mt. Desert off the coast of Maine, which Marin visited on a regular basis for summer retreats from 1914.  Seal Rocks of 1919 is one of the artist’s most lyrical scenes, suggesting the sense of peacefulness that Marin enjoyed on the fresh and colorful Maine seashore. 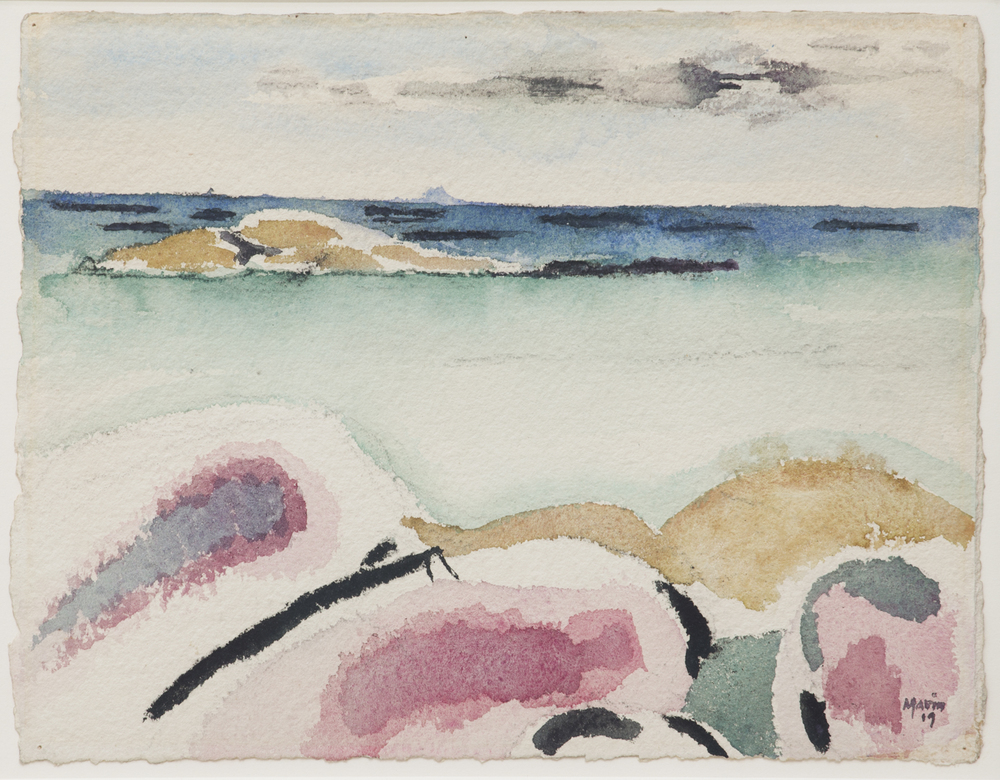