Recorded: Bellows Record Book A, p. 268, and in the online catalogue raisonne

Between 1911 and 1916 Bellows painted in Maine, joining the art colony on Monhegan Island, where he painted over 500 paintings of the sea, about one-half of his oeuvre and including many very small panels done en plein-air. Some of his best were done in the summer of 1913, and Fog Rainbow is one of the most striking and also one of the largest. He had recently seen and been inspired by the avant-garde European paintings he had seen at the 1913 Armory Show in New York. The focus in Fog Rainbow is the almost abstracted sea and rocks, depicted in swift wet-on-wet brush strokes of bright colors, purples, reds and greens, quite different from the more delicate brushwork of the fog and rainbow. Impressive indeed is Bellows’s ability to convey the extraordinary atmospheric effects of the fog as it transforms a coastal rainbow into a spectacular display of shimmering light. 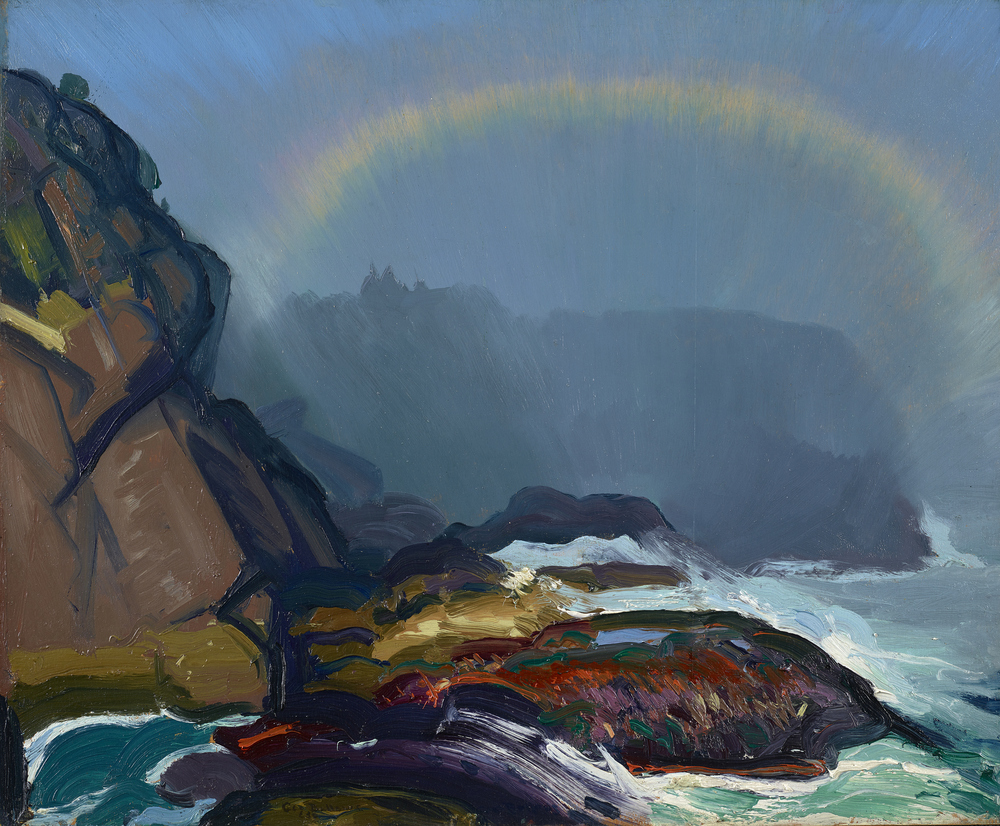