Mr. and Mrs. I. David Orr, Long Island, New York, and their Estate

Many of Ault’s paintings are precisionist compositions of urban and industrial subjects, celebrating the dynamic spirit of the machine age. A distinctive characteristic of his paintings is a dreamlike quality evoking mystery and romance, setting his Precisionism apart from that of Charles Sheeler and Rawlston Crawford. Ault was also inspired by the Italian Surrealist Giorgio de Chirico and the American Romantic Albert Pinkham Ryder, and would eventually focus on rural scenes in Woodstock, New York and its environs where he would settle in 1937, the year of this painting. In moving to Woodstock, then a popular artist colony not far from New York City, Ault abandoned his failing marriage and was joined by Louise Jonas, a journalist, who he would marry in 1941. The imagery in his paintings was increasingly enigmatic. Desert Towers was part of a series of imaginary “desert landscapes” which are among his most distinctive along with the group of nocturnal views of Russell’s Corners in Woodstock from the later 1940s, featured in the exhibition To Make a World: George Ault and 1940s America at the Smithsonian American Art Museum in 2011. Haunting and desolate, the desert provided a perfect landscape for Ault’s Surrealist imagination.  In her reminiscences about the artist, his widow quotes his comment that “I like deserts, with nothing in them but monuments, because all is peaceful and quiet. There are no human beings to disturb and annoy; only art is left – the freedom to make it. The desert picture becomes a peaceful world in which to work” (Louise Ault, Artist in Woodstock: George Ault, The Independent Years, Philadelphia, 1978, p. 13). 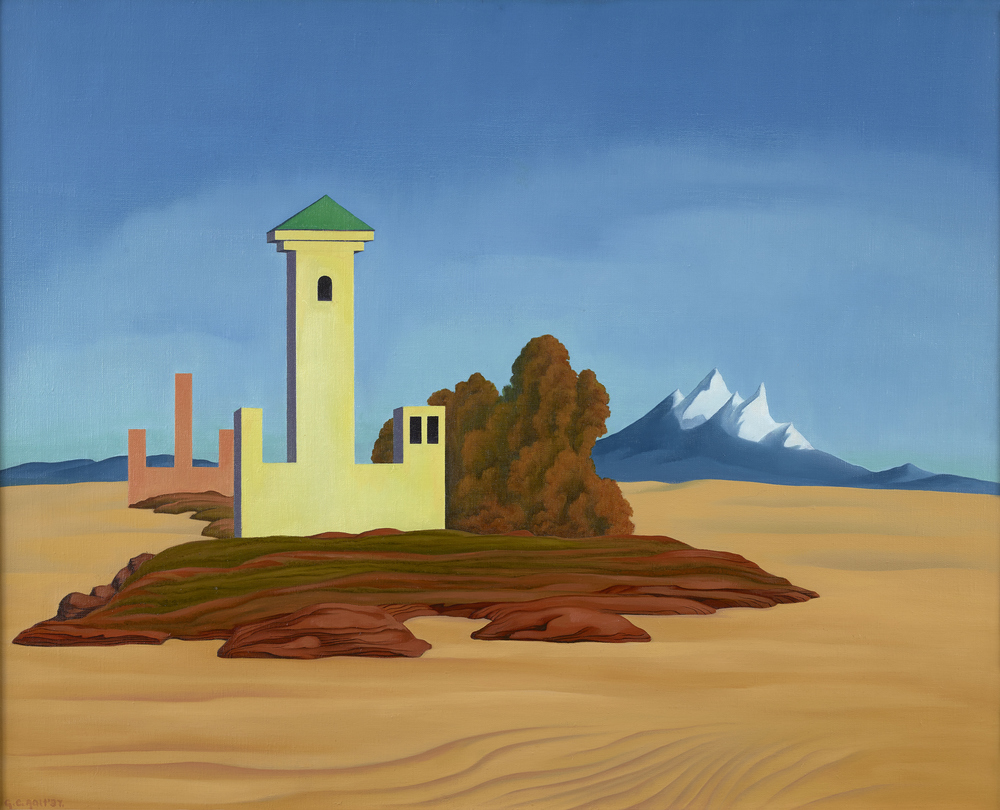