Returning in 1889 from his sojourn in Paris where he had been immersed in the world of French Impressionism, Hassam went to Appledore, one of the picturesque, remote and rocky islands that was among the Isles of Shoals off the coast of Maine.  Joined by numerous other artists as well as writers and musicians, Hassam was a habitual guest at the home of Celia Thaxter, noted poet and gardener, whose house was at the center of this much-loved artists colony.  As observed by David Park Curry in An Island Garden Revisited (1990), about Hassam’s Appledore paintings,  “The finest Shoal images, created between 1889 and 1912, coincide with the full flowering of Hassam’s powers as a painter…Fresh and invigorating, the Isles of Shoals pictures stand out vividly against Hassam’s huge body of work as a whole. Memories of long-gone summers reach across the years, for his best pieces are still charged with the artist’s sense of adventure as he took chances with composition, let go with color.”  The rugged, colorful scenery at Appledore had special appeal to him as did the sea-breeze climate and wild, natural beauty, and his characteristic vigorous brushwork is particularly suitable, in this painting, to the island’s rough terrain. 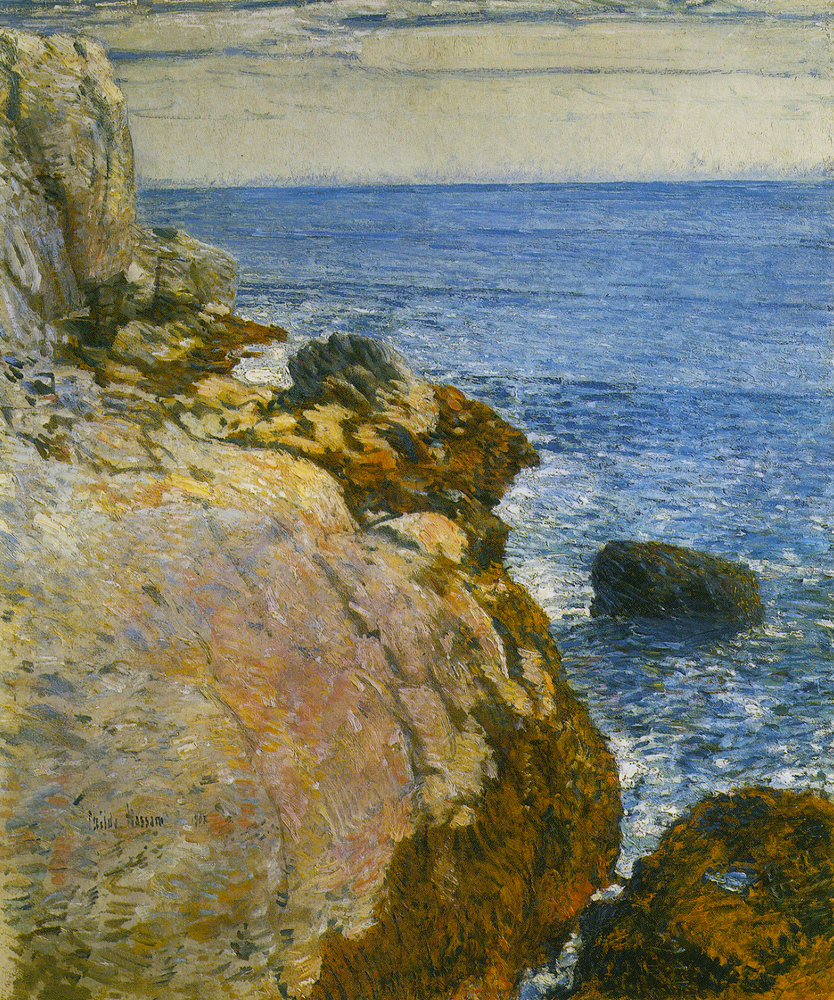