Cecilia Beaux was a leading figure and portrait painter and one of the few distinguished and highly recognized women artists of her time in America.  Her figures are frequently compared to Sargent’s,  but her style relates also to other international leaders of late-19th Century portraiture, including Anders Zorn, Giuseppe Boldini, Carolus-Duran and William Merritt Chase.  She was born and lived mostly in Philadelphia, traveling frequently to Europe, especially France from a young age, and exhibited widely in Paris, Philadelphia, New York and elsewhere.  Her first acclaimed work, Les Derniers jours d’enfance, a mother and child composition, was exhibited at the Paris Salon in 1887, and Beaux followed it there the next year, spending the summer of 1888 at the art colony at Concarneau in Brittany.  Here she painted her remarkable Twilight Confidences of 1888, preceded by numerous studies, which are in the collection of the Pennsylvania Academy of the Fine Arts.  Lost for many years, this much admired canvas is Beaux’s first major exercise in plein-air painting, in which the figures and the seascape are artfully and exquisitely juxtaposed, and sunlight permeates the whole composition. 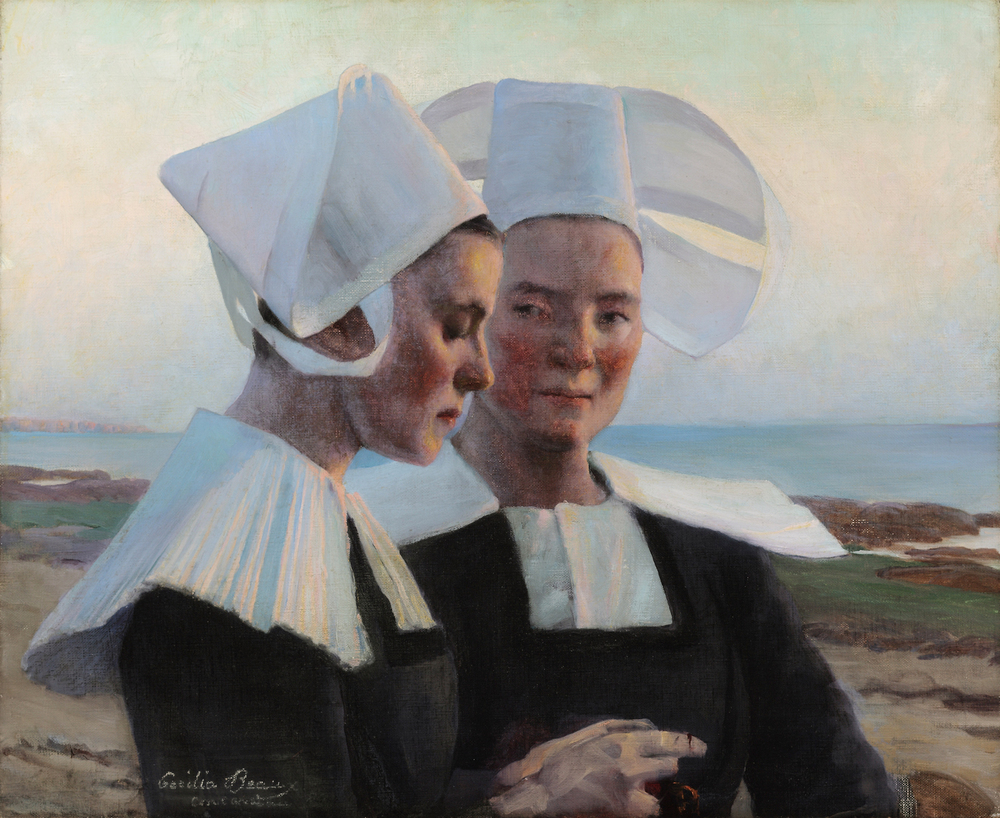