The Cleveland Museum of Art, Modern American Masters: Highlights from the Gil and Tommy LiPuma Collection, 2004

Dove is one of the leading American modernists of the early years of the 20th Century, whose work has come to be admired for its quite distinctive kind of organic abstraction rooted in natural forms.  This Landscape was done during his early and impactful visit to France where, along with other young Americans searching for inspiration among the European progressives, he produced some of the most original American fauvist images, such as this small but brilliantly colorful and potent example.  Dove and his good friend and fellow American Alfred Maurer were part of the influential circle around Gertrude and Leo Stein in Paris, and together with Maurer Dove traveled in the French countryside where they frequently painted side by side.  With its Matisse-like high-keyed palette, this Landscape was innovative for any American painter at that time.  For many years it was part of the legendary collection formed over many years by music-industry titan Tommy LiPuma, and has been featured in the landmark exhibition The Advent of Modernism: Post-Impressionism and North American Art, 1900 – 1918, organized by the High Museum in Atlanta, as well as in Modern American Masters: Highlights from the Gil and Tommy LiPuma Collection at the Cleveland Museum of Art. 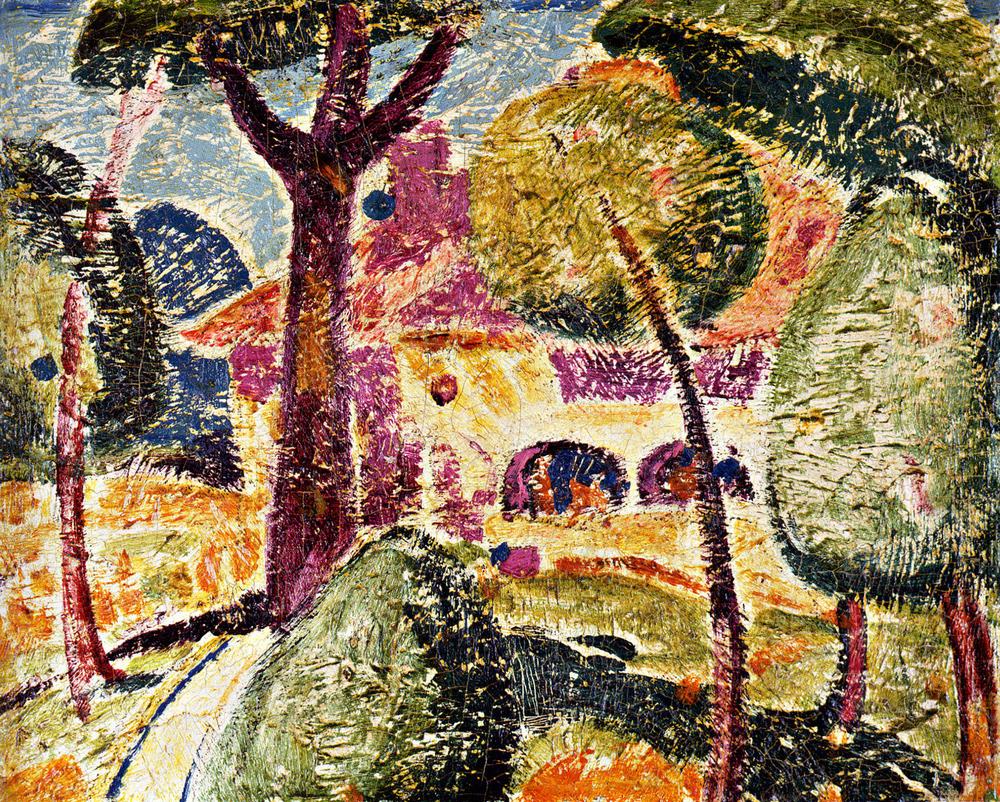